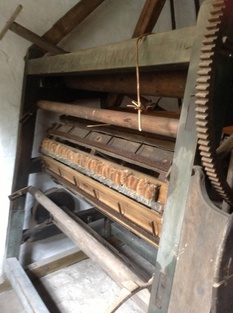 These pictures were taken at the house of a dyer in Ebeltoft, Denmark. The equipment was in use until the 1920s. The premises consist of a house at the front, with  a series of small workshops behind it, arranged round a courtyard.

Behind the buildings is a garden where many of the dyestuffs were grown, particularly in the days before chemical dyes became more accessible.

On the left you see a machine set with teasels to straighten out the fibres before the spinning process begins.
These pictures show the dye vats. The first shows the doors of the heating ovens beneath them. 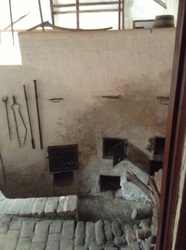 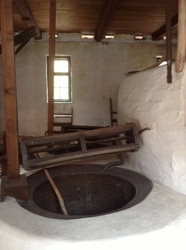 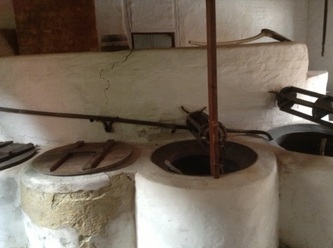 And now to the drying process. First the skeins of yarn are lifted out of the vats on a ring of hooks to drain off. Then they are put through the mangle, and finally left to dry outside on a wooden rack. 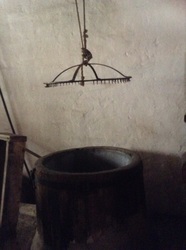 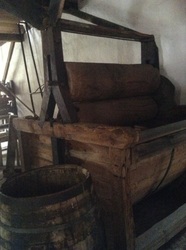 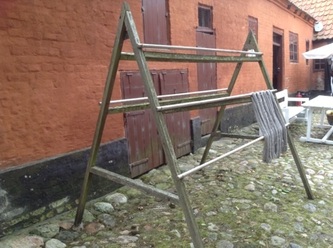 And finally, a few general pictures: 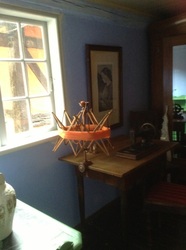 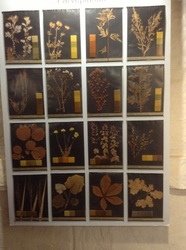 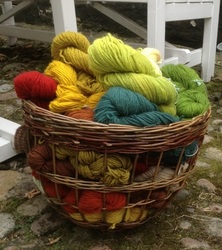 Back to Denmark.
Google
Accept Cookies?
Provided by OpenGlobal E-commerce